Twelve voices were shouting in anger, and they were all alike. No question, now, what had happened to the faces of the pigs. The creatures outside looked from pig to man, and from man to pig, and from pig to man again; but already it was impossible to say which was which. – From George Orwell’s Animal Farm

A Parade of Pigs: Multimillionaires all. Making fortunes squandering hundreds of thousands of American’s pensions and savings. Below are some human faeces to go with their porcine characteristics. 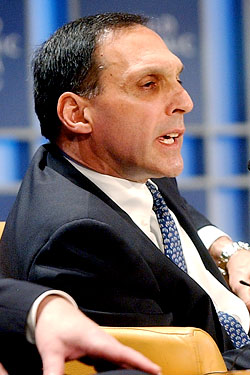 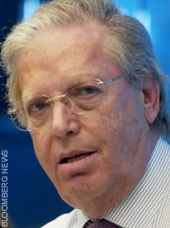 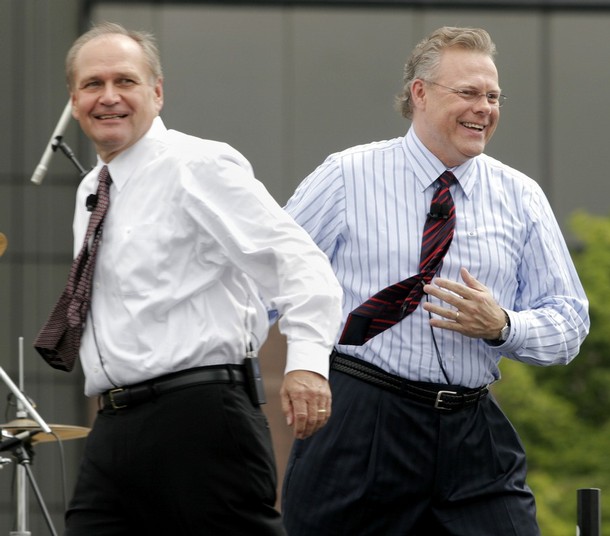 “Big” Hank Paulson – former CEO of Goldman Sachs and current Federal Econochrist who just closed the deal to save all their bacon, but not ours.

Except for the wealthiest Wall Street executives who were just saved by their own victims, most Americans are extremely angry. Some express this anger by hopping on the hate-wagon. Others are simply stewing, boiling quietly in resentment at those who did this. Both groups will undoubtedly reflect this anger at the polls. The haters are irrational and will never be swayed. However, the larger group of resentful Americans can be harnessed and directed toward reconciliation. This requires some direct action – a cathartic cleansing. Whichever candidate can appeal to this stewing, aggrieved voting block will win the election.

How can this be done? Identify the one thing everyone is seething about – the one group who obviously deserves the most blame for this financial crisis. This group has not only avoided punishment, they have been awarded support, funding and vacations. We have instead focused fervidly over which legislators have allowed this economic debacle. We have not seriously pointed our trembling, little fingers at the right people. The CEOs are the captains who set the cruise ship on auto and then got drunk, laughing all the way, as they sailed us straight into a mine zone.

Whichever candidate comes out – not loudest, but most seriously committed to– pursuing these criminals, will win over the undecided electorate; will win many supporters from the other side; and will solidify like steel a dedicated base. As senators, they are already in a position to do this. Which candidate can demonstrate his loyalty to the people, not the corporations? Or would both candidates be biting the very hands that have fed them so well?

Error: Twitter did not respond. Please wait a few minutes and refresh this page.